Trajector is situated in the city centre located Hotel Bloom and each curatorial project or gallery exhibits their selection of works in separate bedrooms. The rented hotel room promises it’s occupants a temporary space of remove. The opportunities to role play, plan, contemplate or fantasise are embedded within this space of relative anonymity. In the 2008 Argentinian film, ‘Historias Extraordinarias’ directed by Mariano Llinás the character ‘X’ retreats into hiding for months on end to a single hotel room after witnessing a murder and stealing a briefcase from the scene of the crime. Throughout his fear fuelled time in this one room, he distracts himself from the evidence at his disposal, the locked briefcase, by concocting stories and conspiracy theories extrapolated from what he sees through his window and learns from the daily news. ‘X’ inhabits his own comprehension of what is known and what is concealed, melding the personal with the general, outside with inside, past with present, facts with fantasy. It is these amalgamations that resonated throughout the artworks in Moody’s exhibition at Trajector 2010 as the private hotel spaces were for one weekend, made public. 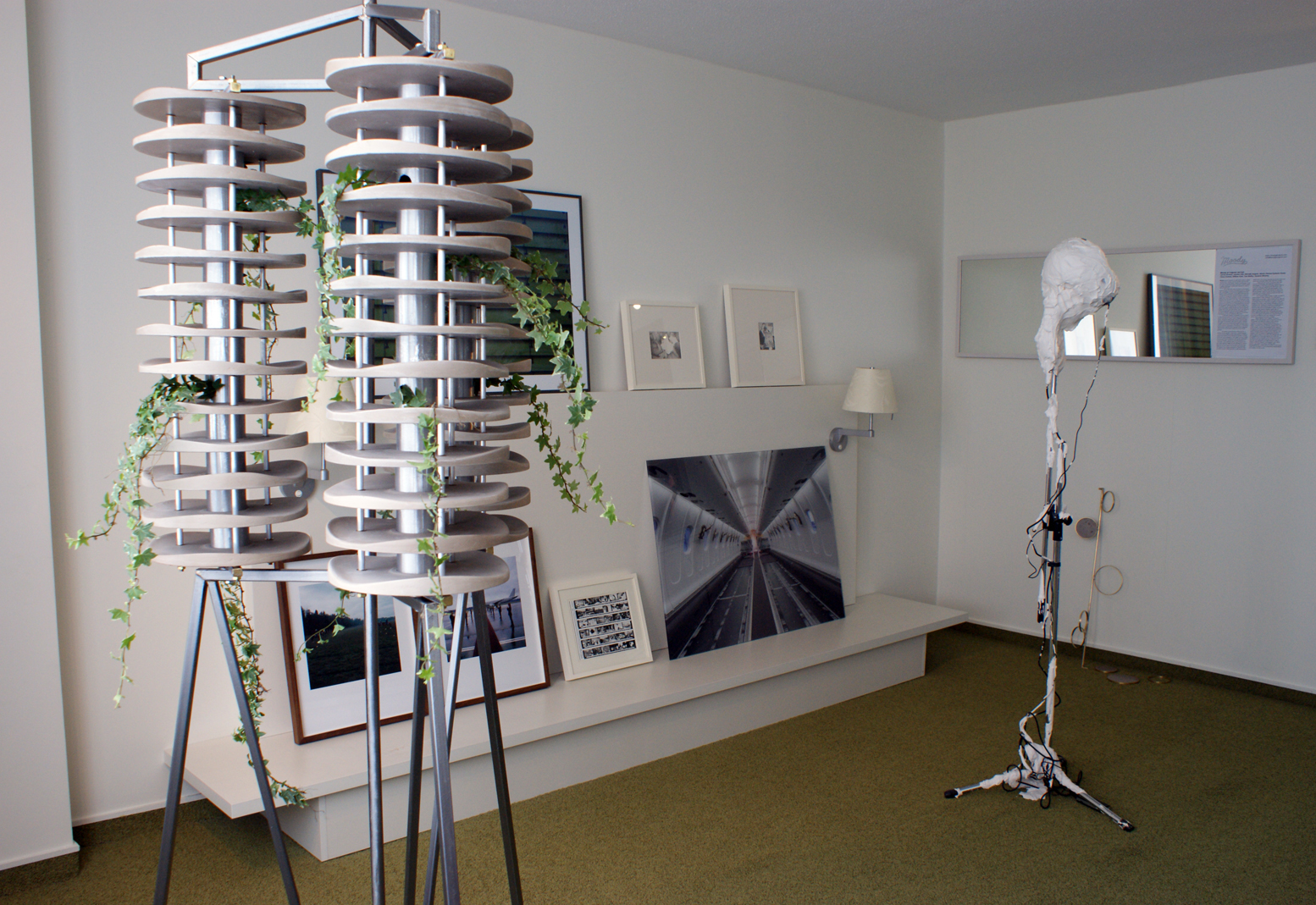 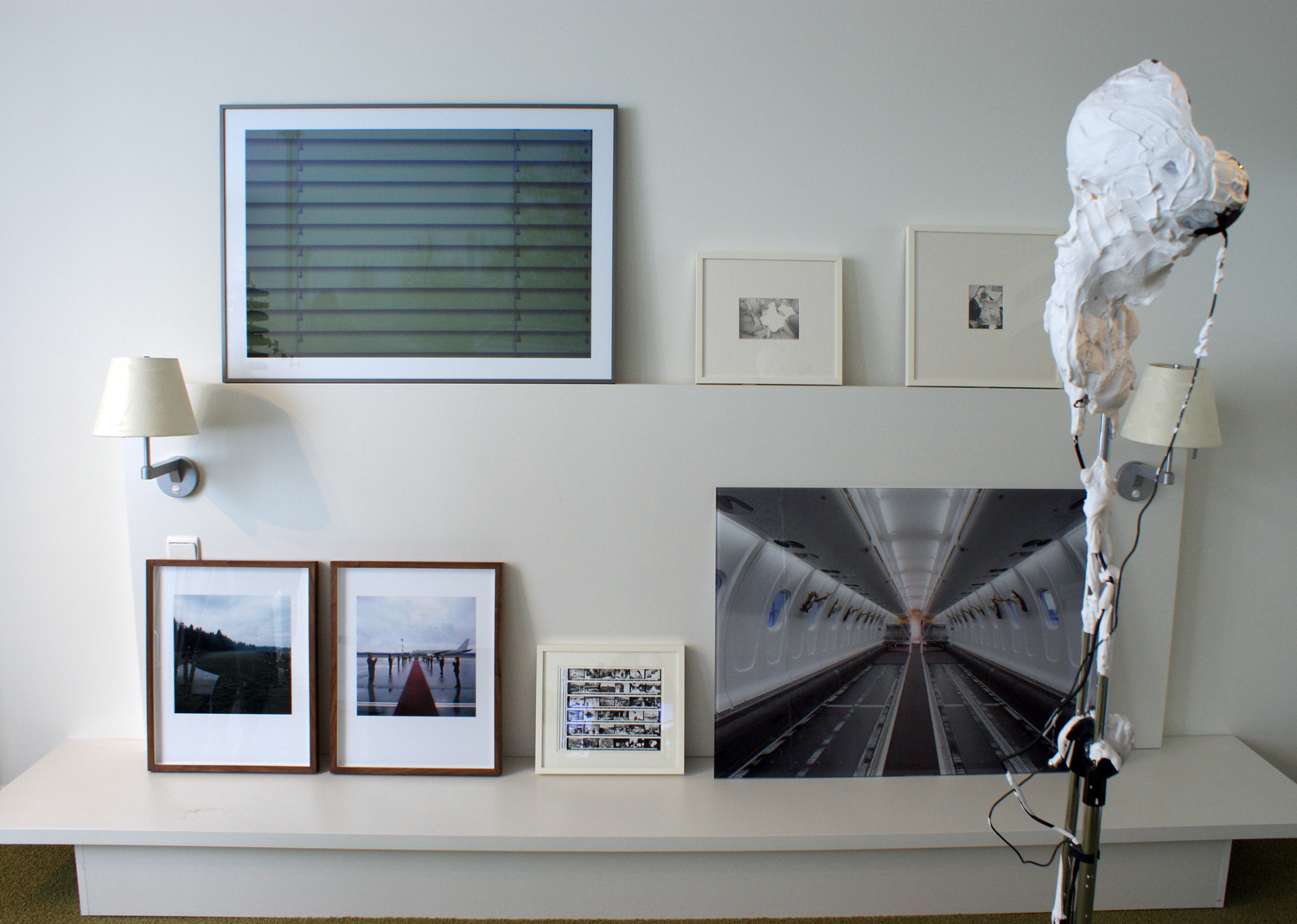 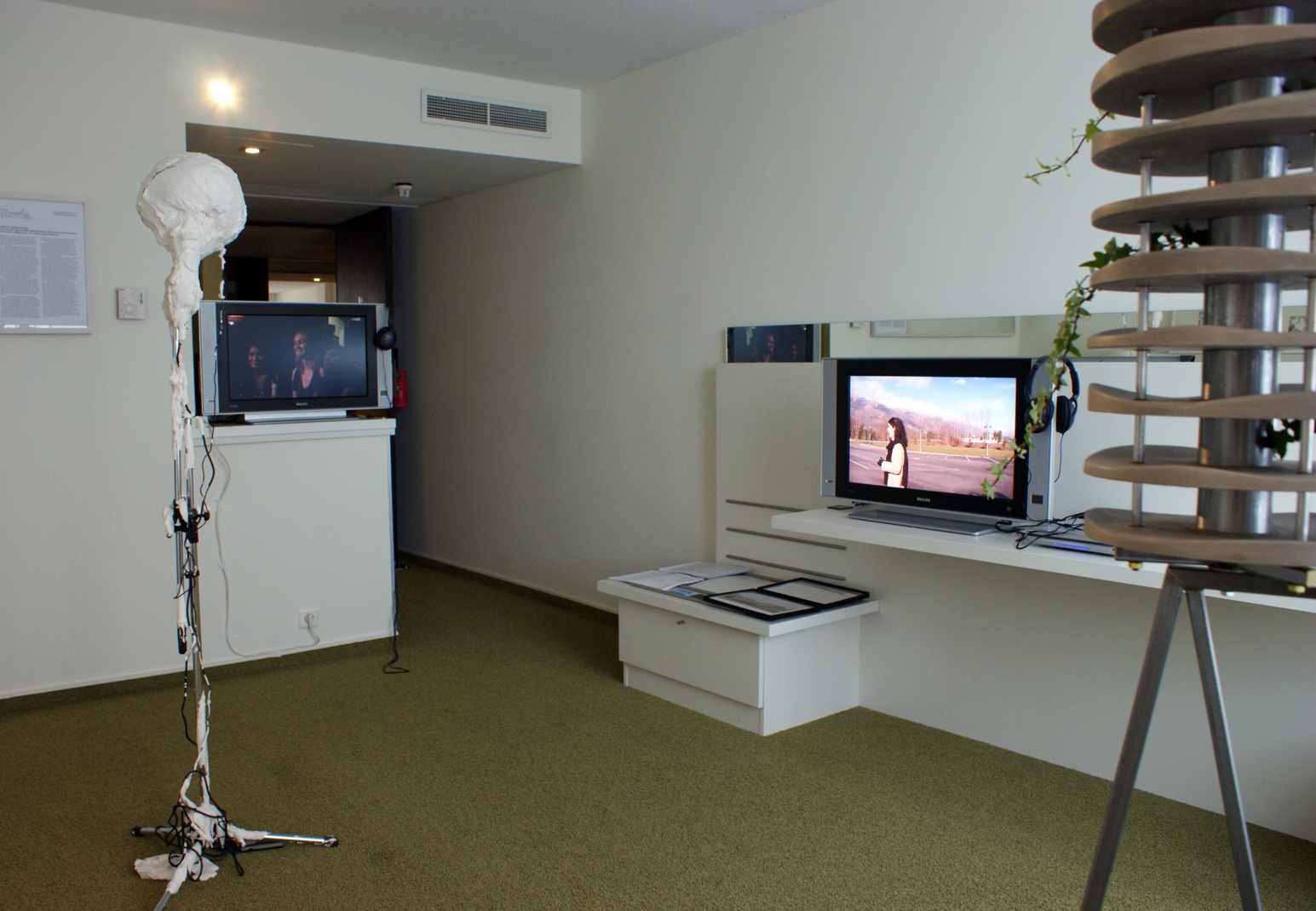 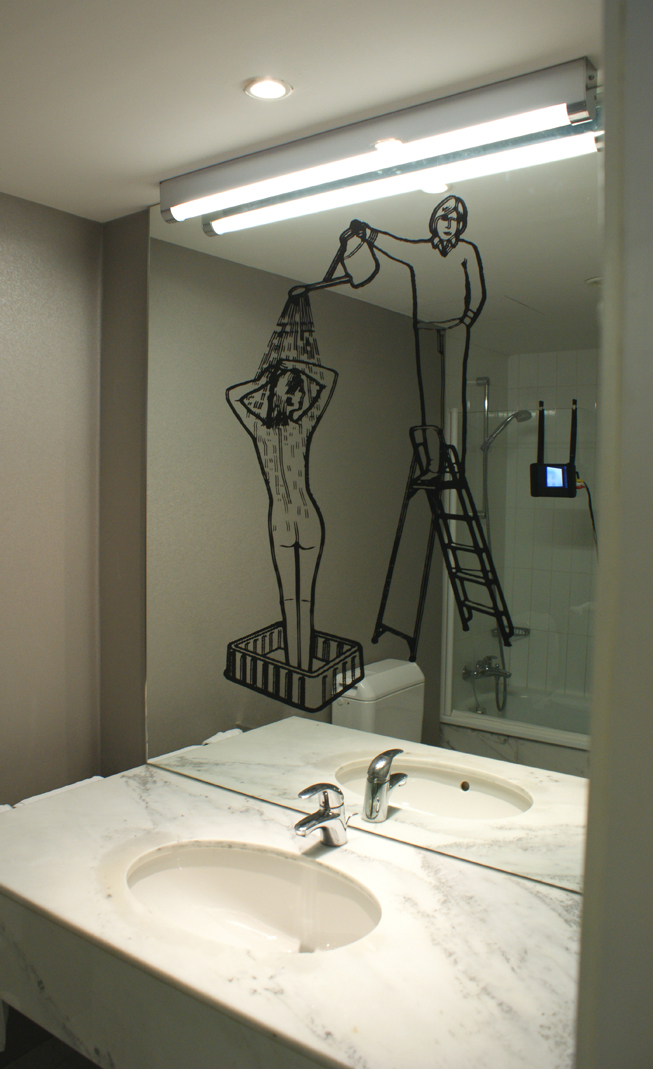